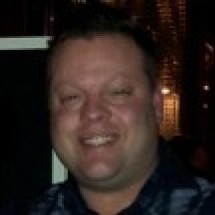 APERITIF:  Means “to open”.  A drink intended to stimulate the appetite.  Traditionally drank before a meal.

BEER:  A carbonated alcoholic beverage made from hops, water, barley, and yeast.  The three main classifications of beer are Lagers, Ales, and Specialty Beers

BUCK:  A highball cocktail consisting of a liquor, ginger ale and a lime wedge garnish.  The Gin Buck is the most popular

CHILLED:   A method of serving a liquor or liqueur without ice but as cold as possible.  This can be done by stirring and straining or shaking and straining.  Another method is to keep alcohol in a cooler or freezer to prevent dilution from chilling with ice.

COLLINS:  A tall drink consisting of a liquor or liqueur, sweet and sour mix, shaken and topped with club soda. Garnished with an orange and cherry together on a pick which is called a flag garnish.  Invented by a waiter at the Lipmmer Hotel by the name of John Collins.  His Collins was called a a Tom Collins named after the gin used in the drink, Old Tom Gin.

EIGHTY SIX:  A term describing a product that has run out and is temporarily unavailable.

FIZZ:  Same exact drink as a Collins only garnished with a cherry only.

FLIP:  A mixed drink served with a liquor, whole egg, sugar, and cream which is shaken and served tall. Garnished with nutmeg.

FRAPPE’:  1.5 ounces of any liqueur served over crushed ice in a cocktail or coupe style glass.

FROZEN DRINK:  a tall drink such as a Pina Colada,  Strawberry Daquiri, or Margarita.  These drinks are prepared in a blender and served in specialty glass.

GIBSON:   A Martini that is served with cocktail onions instead of olives for a garnish,  typically 3 cocktail onions on a pick.  Possibly named after artist Charles Dana Gibson, fighter Billie Gibson, or American Diplomat Hugh Gibson.

GIMLET:  A cocktail served in a rocks glass that consists of 2 ounces of gin and a splash of lime juice.  May be served up in a cocktail or martini glass and may also be made with vodka.

HIGHBALL:   A drink usually served with one alcohol and a fruit juice or soda mixer over ice in a highball or double rocks type of glass. The ingredients are intended to be drank as a shot and chaser through a sip stick, however the modern day method is to just pour the two ingredients together as this trend of a shot and chaser isn’t as common any more.  Most customers will use the sip stick to stir the drink in todays times.

LAYERED:  Two to eight liqueurs poured over the back of a spoon to cause them to “float” on top of one another.  Heavier densities go first followed by lighter.  Usually the higher the proof of the alcohol the lighter the density.

MANHATTAN:  Whiskey combined with bitters and sweet vermouth.  This cocktail is made similarly to that of the martini.  Stirred and strained either on the rocks or  “up” in a chilled cocktail (martini) glass.  Garnished with a cherry.  May also be served “dry” with dry vermouth or “perfect” with both vermouths.   Created in the 1870’s by Lady Randolph Churchill (Winston Churchill’s mother), introduced then at the Manhattan Club.

MARTINI:   A classic cocktail made with gin originally but vodka is a prevalent option today.  It is made with dry vermouth, stirred and strained either “up” in a martini glass or on the rocks in a rocks glass heaping full of ice.  Garnished with an olive.  Possibly named by Jerry Thomas in 1860, the Martini and Henry army rifle, an unnamed bartender from Martinez, California, or by Martini and Rossi Vermouth, which originally was equal parts vermouth to gin.

MIST:  1.5 ounces of liquor poured over crushed ice in a rocks glass.

NEAT:   A method of serving a liquor or liqueur.  The alcohol is poured directly from the bottle to the glass with no mixing or chilling.  It is undiluted and served at room temperature.

RICKEY:  A highball cocktail consisting of a liquor, club soda, and lime wedge garnish. The Gin Rickey is most popular.

ROB ROY:  A manhattan that is made with Scotch Whisky as opposed to blended or bourbon.  Can be made “dry” and “perfect” just like manhattans.  Named after Robert McGregor of Scotland.

SHOOTER:  Any drink that is designed to be “gulped” down in 1-3 swallows.  Shooters are the mixed drink version of shots and are typically 2-3 ounces in volume.  Shooters are usually shaken and strained and served in larger numbers for groups looking to do these together in a social way.

SHOT:  A shot is a measure of alcohol equal to one ounce.  Straight liquors are usually served this way either “chilled” or “neat”.

SMASH:  A mint julep served with bourbon over crushed ice, usually in a silver tankard or old fashioned glass.  Whiskey Smash is a common reference.  Garnished with a mint sprig.

SOUR:  Any cocktail made with a one ounce serving of liquor or liqueur and sweet and sour mix, shaken and strained either up or on the rocks.  Garnished with a flag (orange and cherry on a pick) Most popular of these are the Amaretto Sour and Whiskey Sour.

SPRITZER:   A wine cocktail that is half white wine and half club soda in a wine glass or tall glass with ice.  Garnished with a lemon twist.

WATERBACK:  A chaser of water served over ice in a rocks glass directly behind any shot served neat or alcohol on the rocks.

WINE COOLER:   A wine cocktail that is half red wine and half Lemon-Lime Soda (Sprite or 7up).  Served in a wine glass or tall glass with ice.

This Glossary is meant to give you the bartender lingo.